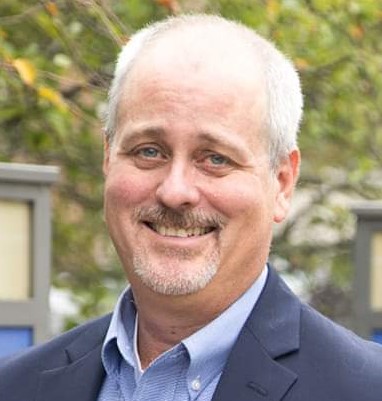 In July 2018 Matthew Hale, Ph.D., was appointed to complete a three year term on the Borough Council. In this role he chairs the Borough’s Health and Human Services Committee.

Matt previously served the borough as chair of the Digital Data Task Force and as Cubmaster for seven years of the Highland Park Cub Scouts, Pack Five.

Matt is an Associate Professor and MPA Program Chair for the Department of Political Science and Public Affairs at Seton Hall University. His research focuses on how the media covers the public and nonprofit sectors.

In November 2017 Matt received the Dr. Thomas J. Davy Academic Achievement Award from the New Jersey Municipal Management Association, at their annual luncheon during the New Jersey League of Municipalities conference in Atlantic City. Matt received the award in recognition of his outstanding work as an educator in the field of public administration. This award was particularly meaningful to Matt as he was nominated by his former students.

Matt’s interest in politics precedes his academic life. He worked as an aide to California Senator Barbara Boxer and in the press and candidate advance operations for several local, state and national political campaigns.

Matt is a proud Highland Park resident with his wife Carrie and three great kids, Eva (15), Zach (13), and David (5). When he is not teaching, writing, talking on TV, or chasing after the children, he plays competitive tennis and slightly competitive baseball and softball. His tennis team won the USTA National 3.0 championship in 2016.